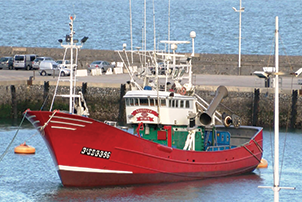 Financial instruments for Europe’s fisheries sector are the focus of a new video released by fi-compass. It features perspectives from the European Commission as well as with managing authorities dealing with the European Maritime and Fisheries Fund (EMFF) in Spain. The interviews were filmed during our Spanish Member State seminar.

Interviews in the film highlight that there is still great potential for the use of financial instruments to support sustainable growth in the fisheries sector. Miguel Peña Castellot, from DG MARE of the European Commission, explains in the video that financial instruments are a great opportunity for leveraging investment from the EMFF. He shares further details that are useful for EMFF managing authorities or those interested in setting up financial instruments in the sector. For example, he states, “Investments that refer to the selectivity of fishing gears, the increase in the efficiency of engines, the reduction of emissions, the use of by-catches, the ways to deal with discards and to reduce the impact of fishing on the sea floor, are all areas that can be covered by financial instruments.”

Juan Carlos Maneiro Cadillo, representing the Fisheries Department of the Government of Galicia, explains that they are considering using EMFF financial instruments in fish processing support, particularly for aquaculture. He considers that financial instruments will be suitable to the needs of the aquaculture sector in Galicia, saying “We want to consolidate our aquaculture and make it grow. We believe that these instruments will attract companies that do not have access to other grants or are uninterested in that type of funding. Financial instruments will give them the vehicle or mechanism needed to access finance, thereby contributing to the new Common Fisheries Policy.” He also points out the sustainability benefits of using such instruments, given that the schemes must have clear economic, environmental and social impacts, an issue which is also supported by Miguel Peña Castellot.

José Luis González Serrano, from the Fisheries Department of the Spanish Government, commented on how useful he found the fi-compass Member State seminar saying, “The event was an opportunity to get an in-depth understanding of financial instruments as, in Spain, we are only just starting with these instruments within the framework of the EU for the first time.” For Mr González Serrano, “opportunities are opening up for the industry to access this type of funding.” The Spanish managing authority is considering setting up a guarantee fund, as well as a loan fund, to support a wide range of projects.

Spain’s aspirations are mirrored elsewhere in Europe and Miguel Peña Castellot observes that eight Member States have already confirmed they will channel EMFF through financial instruments. A further ten Member States have indicated interest in possibly launching instruments later during the programming period. Mr Peña Castellot identifies a useful role for fi-compass in assisting these EMFF managing authorities. He concludes that “fi-compass is extremely important because the kind of support and the kind of awareness raising elements that can be put forward.” He also looks forward to the Member States which use EMFF instruments being able to inspire other fisheries areas to use more financial instruments successfully.

See the new fi-compass video for a full coverage of these EMFF perspectives. The fi-compass website also hosts a section dedicated to the EMFF with material and resources such as the Scoping study for the use of financial instruments under the EMFF and related advisory support activities.