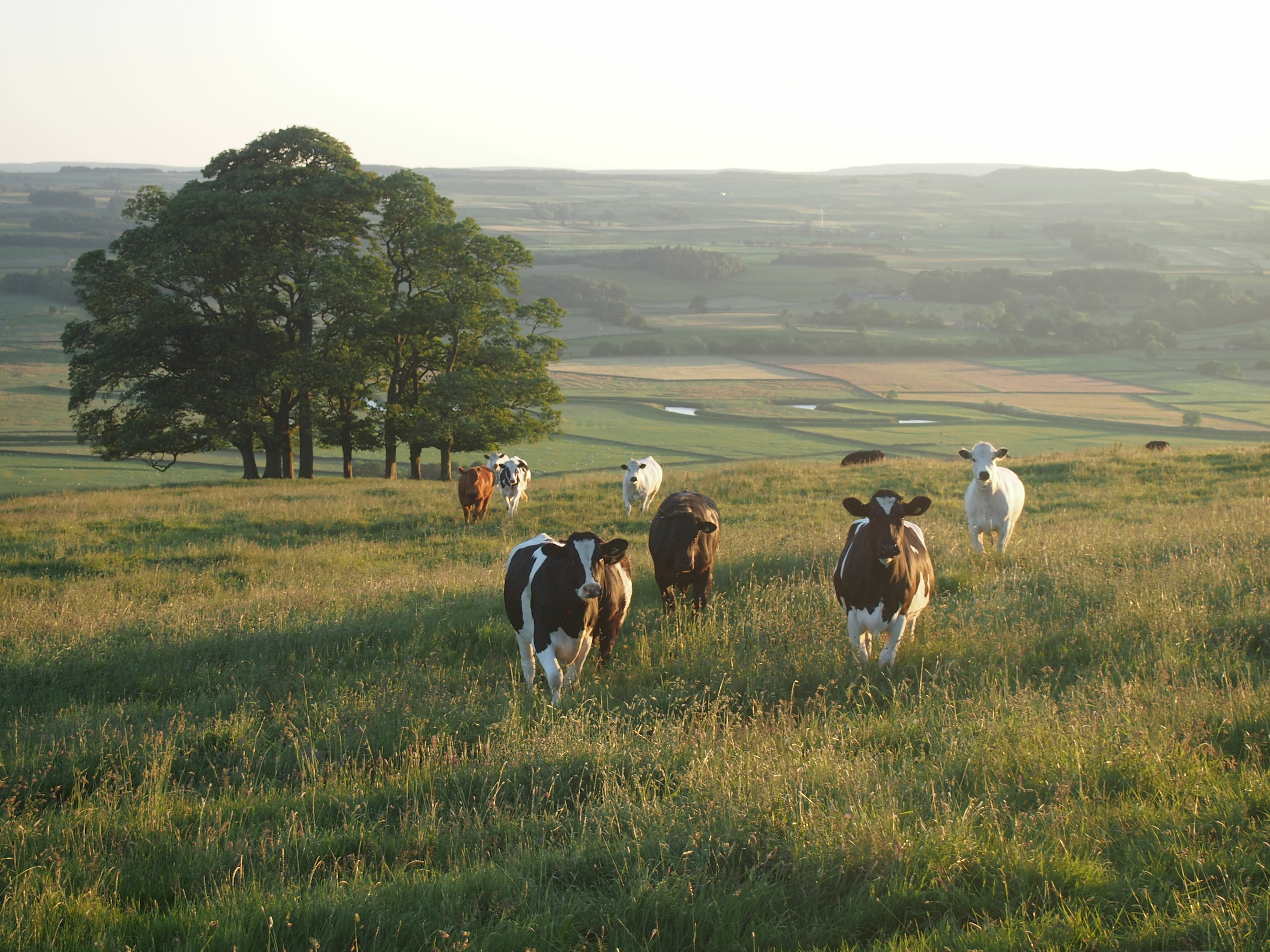 Patrick and Isabelle Bergara, based in the Basque Country, used an Altern'NA guaranteed loan of EUR 110 000 from financial intermediary, CIC of Combo-les-Bains to finance the renovation works of their goats shelter and the construction of a brand-new milking parlour. The loan also allowed them to diversify their production and become a sustainable and profitable family business.

Patrick and Isabelle Bergara have been living in Souraïde, in the heart of the Basque Country, for twenty years, farming dairy ewes and the local Blonde d’Aquitaine cows. Following an illness in his flock of sheep, Patrick and his wife decided to focus on developing his cattle business. Calves raised on the farm are sold under the premium Herriko label meaning they were born, raised, fattened and slaughtered in the Basque Country. 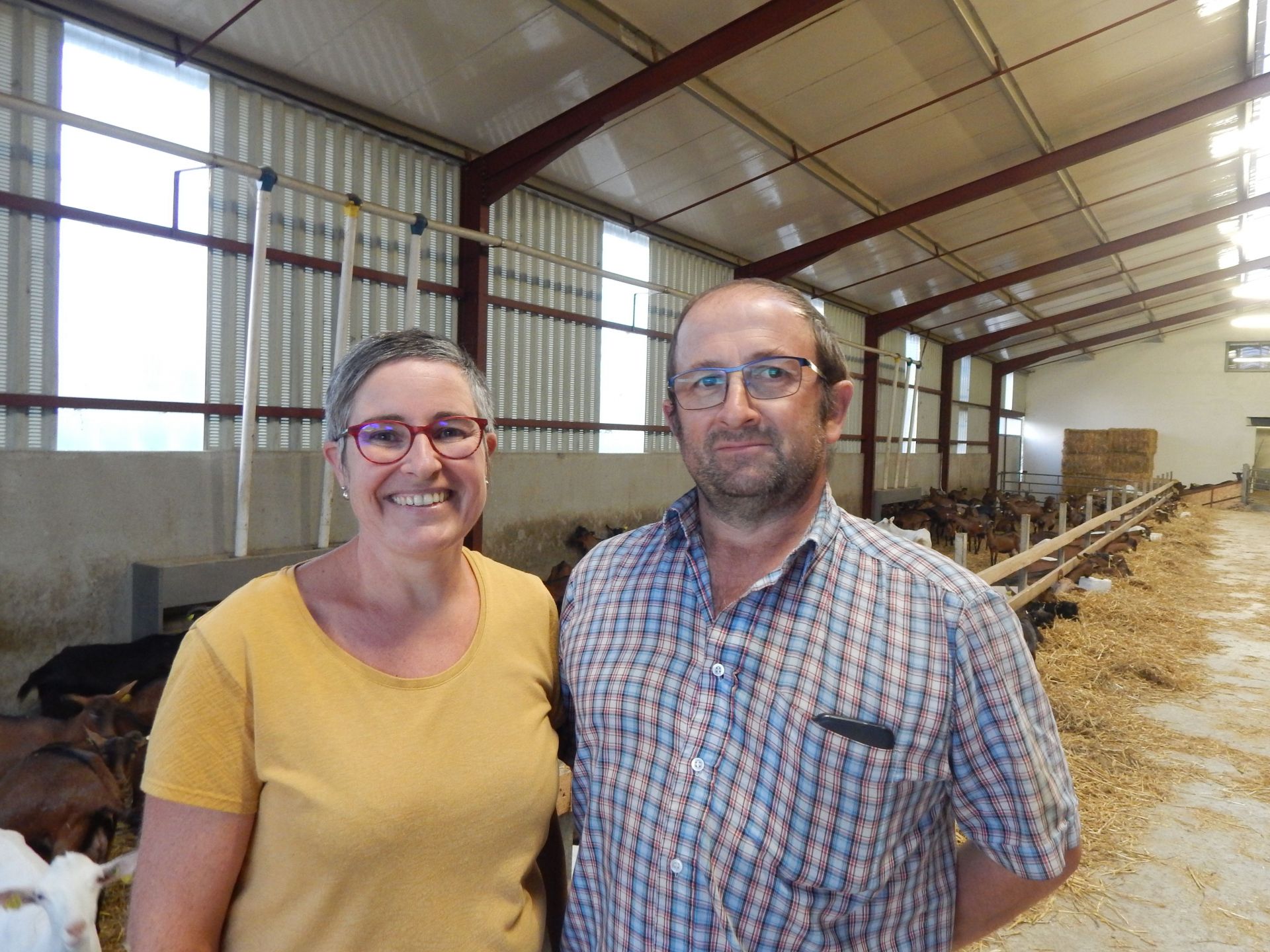 “I have built up a herd of fifty cows of the Salers breed which every summer I move to the heights of Bious Artigues, in the Ossau valley in the Atlantic Pyrenees. These cows are known for being a hardy breed living permanently in the mountain pastures in summer and plains during winter” says Mr Bergara.

He adds, “However, as the income from cattle farming alone is insufficient to live on, we decided to diversify the activities of the farm by starting to produce the world-famous Espelette pepper and moving from the breeding of sheep to the production of goat milk. The Espelette pepper crop benefits from an AOP (protected designation of origin) in only ten municipalities including Souraïde, with strict rules to be respected. It brings us a significant additional income. However, the workload is also increasing, and one person is no longer enough in the farm”.

It was in 2016, on holiday in Mayenne, that the idea to produce goats milk clicked for Isabelle.

"We had visited a farm with a goat herd. I fell in love with the goats, as did one of our two daughters, who became interested in breeding them"

That was when Isabelle took the decision to quit her job and spend all her time helping at the farm.

In order to ensure a more regular income through the sale of milk, Isabelle and Patrick created a Groupement Agricole d'Exploitation en Commun (GAEC) in March 2018. “We signed a seven-year contract with a local dairy located 15 km from our home, Onetik in Macaye. This dairy needed locally produced goats milk, as the demand for goats cheese is constantly increasing. “Goat farming was working well. We initially installed it temporarily in our cow shed, with a mobile milking parlour”, says Isabelle. 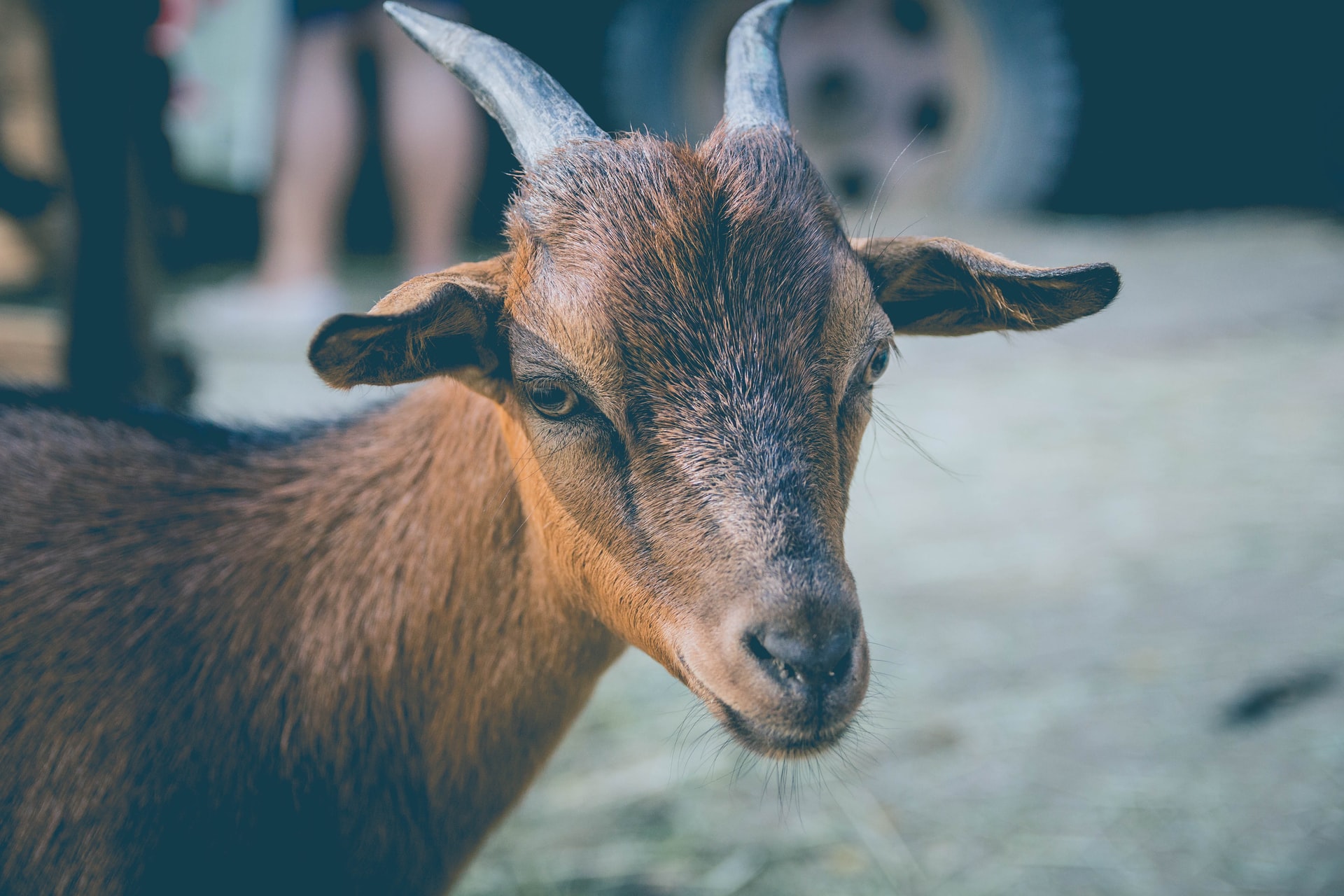 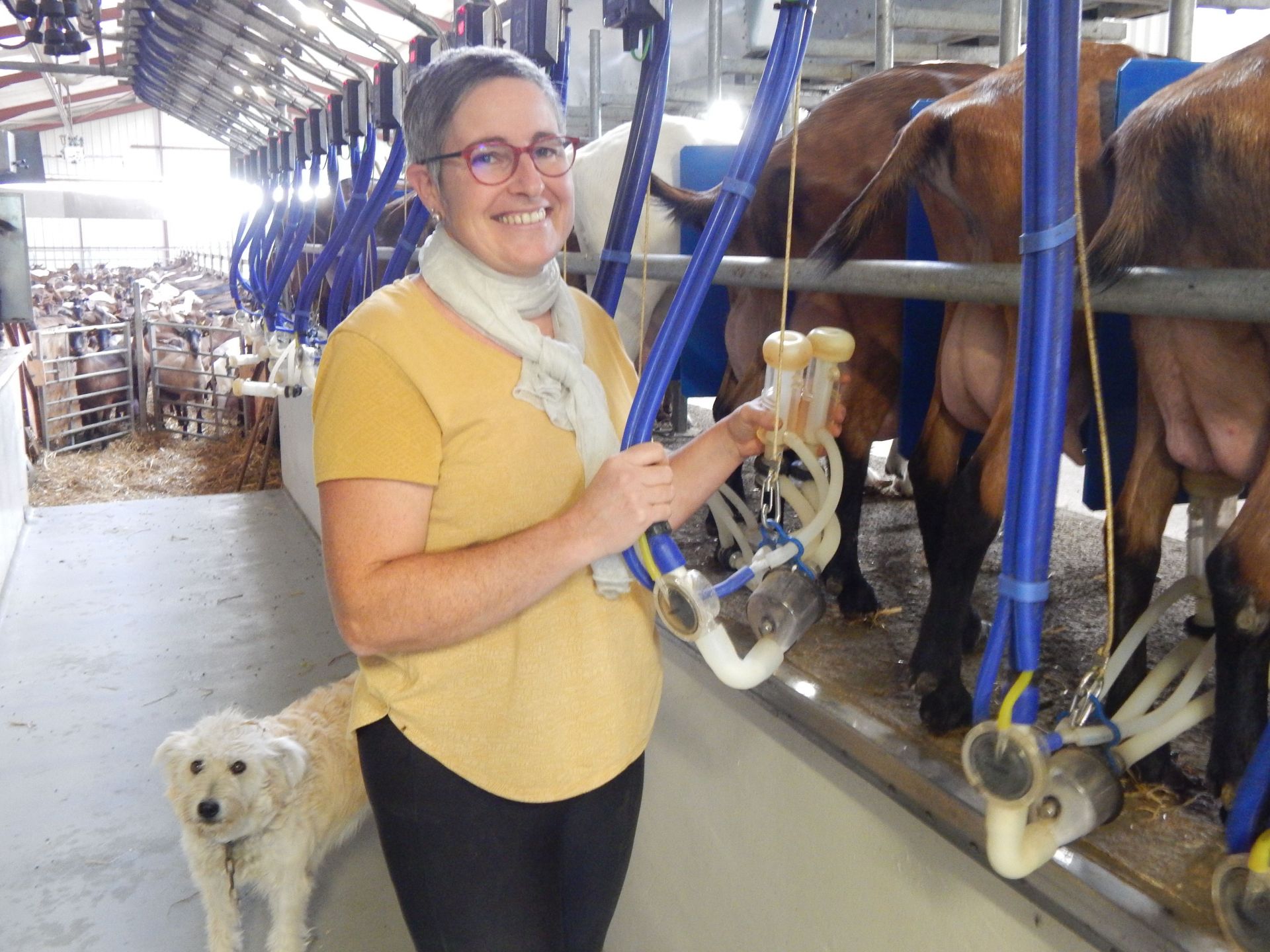 The following year, they built a brand new building to house the herd of goats and invested in installing a much more functional milking parlour. “This new room has made it possible to halve our milking time, going from six hours to three hours per day. Goats are living in a brighter and more spacious building, and the farm has now obtained the validation of the Mutual Code of Good Practices in Goat Breeding”, explains Isabelle.

The goat herd project, including the construction of the new milking parlour had a total budget of EUR 270 000. The Bergaras invested EUR 45 000 of their own funds and benefited from a subsidy of EUR 64 800 from the Nouvelle-Aquitaine Region and EAFRD and a VAT bridging loan of EUR 50 000. The rest of the finance for the project was raised through a 12-year loan backed by the Alter'NA guarantee of EUR 110 000. "For the main loan, we needed a guarantee", explains Isabelle, adding "It was at that time that Ms Laure Mouchard, our banking advisor of the CIC of Cambo-les-Bains, suggested the Alter'NA guarantee fund, which allowed us to raise the mortgage”.

Today, business is going well for the couple who say they are happy to have benefited from the Alter'NA loan. Thanks to the EAFRD backed financial instrument, they were able to save certain costs associated with setting up a loan and, above all, have the benefit of a payment guarantee in the event of a problem.

The new products have proven their worth. The growing demand for goat milk, Espelette pepper and meat has exceeded their expectations. Direct sales from the farm to consumers were also very popular.

As for the future, the Bergaras see the farm continuing to grow as a family business, accompanied by Alter’NA: “We strongly recommend this type of guarantee backed loan to farmers wishing to invest in their farm to turn to more sustainable agriculture. When our daughter finishes her studies in 2021, she will join the farm to transform part of the goat's milk we produce into cheese for sale through local supply chains. For that, we will need a laboratory, which will certainly be our next investment” concludes Isabelle. 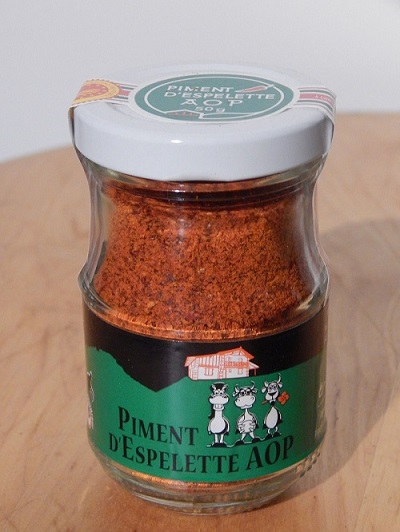 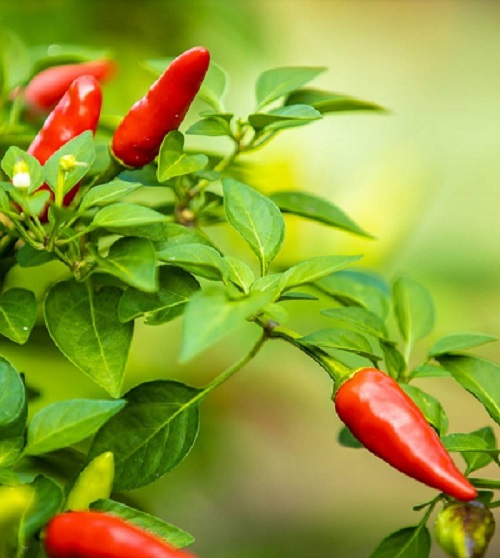 Caisse Fédérale de Crédit Mutuel is one of the financial intermediaries selected by the EIF to appraise applications and issue loans with the support of the EAFRD funded guarantee financial instrument.

For them, Alter'NA constitutes an important support product for businesses in the food sector because it allows them to consolidate a sometimes risky credit status.

“Our bank is determined to support the transition of farmers and businesses in the food chain to a more sustainable agriculture desired by consumers. That being said, some credit reports carry a level of risk that we cannot accept without the use of collateral. This ALTER'NA guarantee, made possible by EAFRD and the resources of the Nouvelle-Aquitaine Region, together with the expertise and credibility of the EIF, allows us to finance these investments at preferential conditions for farmers”, indicates Richard Baber, Agriculture market manager at the Caisse Fédérale de Crédit Mutuel and CIC in the region.

This is echoed by the managing authority, Alain Rousset, President of the Nouvelle-Aquitaine Region: “This device is decisive in supporting farmers in transforming their agricultural practices and accelerating the ‘agro ecological transformation’ of agriculture towards new sustainable agri-food systems of production and consumption. This is a concrete and operational example of the ambition displayed by the Nouvelle-Aquitaine Region in its ‘Neo Terra’ roadmap. The mobilisation of EU funds clearly demonstrates the value of this approach and the regional volunteering in this sector".

Finally, although Richard Baber admits that the health crisis had repercussions on the development of Alter'NA, which was launched just before lockdown, he nonetheless remains confident about its development: “We can see that consumer trends after the COVID-19 crisis have seen further acceleration in favour of local products that respect the environment and animal welfare. We believe that we will see more and more projects to develop food chain businesses to meet this growing demand. We will support these new projects with this guarantee”.

Alter’NA, a fund of EUR 36 million at the service of the agro-ecological transition

Alter'NA, the EAFRD financial instrument whose management has been entrusted to the EIF, is a tool at the service of the agro-ecological transition that the Nouvelle-Aquitaine Region is one of the first in France to support. It allows the agricultural world to invest in structuring projects such as the creation of fruit and vegetable eco-greenhouses, the development of short supply chains and the creation of added value through on-farm processing and marketing workshops, processing of products from organic farming, etc. For more information on this financial instrument, discover the Tomatec film on the Alter'NA platform and visit the fi-compass website.

More from the Blog

Energy-saving renovation: good for the planet…and for the wallet
Thanks to the Lithuanian Government’s ambitious Energy Efficiency (EE) renovation programme, which uses ERDF financial instruments, more than 3 000 multi-apartment buildings have been renovated so far in the country, while more than 1 000 projects are in various stages of preparation.
Story
Lithuania

Honorata Szatanik and Piotr Stachulak who are managing the cheese producing social cooperative Serowa Kraina in Rajcza, a village close to the border with Slovakia, tell us how the EUR 22 000 National Fund for Social Entrepreneurship loan supported their activities in difficult times.

Energy transition in The Hague

’Just do it’ says Ton Overmeire, City of The Hague, when asked if he has any advice for cities and managing authorities thinking about using financial instruments to support the energy transition.