Financial needs in the agriculture and agri-food sectors in Spain

The European Commission – Directorate-General for Agriculture and Rural Development (DG AGRI) in partnership with the European Investment Bank (EIB) organised on 16 October 2020 the webinar on ‘Financial needs in the agriculture and agri-food sectors in Spain’. Key objective of the webinar was to shed light on the financial environment in which farmers and processors operate in the country. Close to 150 participants from managing authorities, financial intermediaries, EU institutions and stakeholders from the agricultural and agri-food sectors joined the webinar.

Moderated by Bruno Robino, Head of fi-compass at EIB, the webinar was opened by Elvira Bakker, Head of Unit at DG AGRI, highlighting the importance for EAFRD managing authorities to plan and programme the use of financial instruments (FIs) in their CAP Strategic Plans for 2021-2027.

Carolina Gutiérrez Ansótegui, Deputy Director of Rural Development, DGDRIFA, Ministry of Agriculture, Fisheries and Food (MAPA), Spain, presented the centrally managed financial instrument (Instrumento Financiero de Gestión Centralizada - IFGC) and detailed its characteristics and structure, such as the governance, the coordination between the various actors involved and the responsibilities of the Ministry. The IFGC achieved significant results, with 18 Autonomous Communities participating or are in the process of joining the scheme.

Michael Pielke, Head of Unit at DG AGRI, highlighted the potential of EAFRD financial instruments in the post-2020 CAP Strategic Plans in different sectors of rural development, as well as their novelties including, inter alia, the simplification of rules concerning eligibility, the simplified ex-ante assessment process and the new combination possibilities of grants and financial instruments. Additional EU level instruments will be also available to address existing financial gap in the agriculture and agri-food sectors in the EU Member States, namely InvestEU, the Just Transition Mechanism and the Recovery and Resilience Facility, which could be used as a complement to EAFRD financial instruments.

With a view to support managing authorities in their programming exercise in post-2020 period, fi-compass has recently published a study on financial needs in the agriculture and agri-food sectors in 24 EU Member States. As indicated by Frank Lee, Head of Financial Instruments Advisory Divsion, EIB, this study aims to raise awareness on the power of financial instruments, in particular loans, guarantees and various financial schemes, including combination of support, available in response to the financial gaps in the agriculture and agri-food sectors. 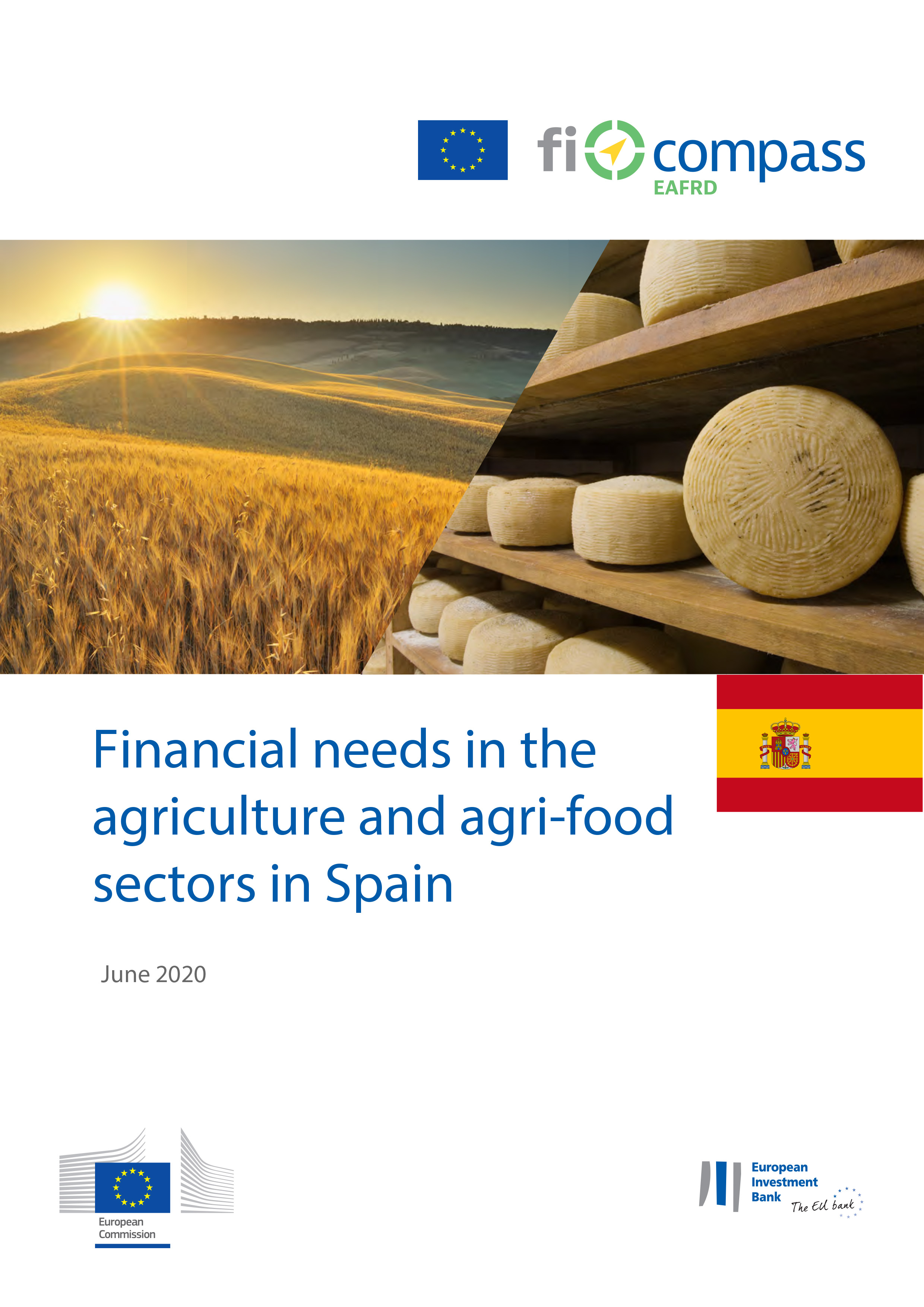 Carina Folkeson, Research Expert at Ecorys, shared the findings from the fi-compass study ‘Financial needs in the agriculture and agri-food sectors in Spain’. She indicated that the financing gap in Spain in agriculture is estimated to range between EUR 3 and 6,4 billion, concerning mainly small-sized farms (59%). While the estimated gap in agri-food sector is around EUR 783 million, affecting mainly small enterprises (78%), which face difficulties in accessing long-term investment loans. Key gap drivers identified in agriculture and agri-food sectors include, inter alia, the lack of collateral discouraging credit institutions to grant loans, final recipients’ limited financial knowledge and low equity ratios, particularly in the case of small-sized enterprises and start-ups.

Jaime Haddad, Director, Sociedad Anónima Estatal de Caución Agraria (SAECA), a public entity in Spain, responsible for the management of the IFGC in close collaboration with MAPA, described the performance of the instrument. SAECA provides guarantees and sureties in relation to all types of operations aimed at financing activities for the creation, conservation or improvement of forest, agricultural, livestock or fishing wealth and overall those activities that result in the improvement of the rural environment.

Alicia Peña Gutiérrez, Managing Authority for the RDP of Castile and León, Spain, presented the implementation of the IFGC in the Castile and León and its benefits for the autonomous community. Since inception in 2017, Castille and Léon was able to build a portfolio of 299 loans.

Trinitario Cadenas, Business Banking and Agri-Food Business, Cajamar, Spain, explained their involvement in the implementation of IFGC, their collaboration with the other stakeholders involved in the deployment of the instrument, i.e. MAPA, SAECA and the autonomous communities. In addition, he shared practical examples of projects that were financed under the IFGC.

Carolina Gutiérrez Ansótegui, concluded with the prospects for the use of the IFGC in the period 2021-2027, saying that the positive experience in the last years is a motivation to pursue in the same direction, ensuring continuity of current activities. With regard to the future, MAPA and the relevant stakeholders involved are analysing the needs of the sectors in view of new areas for support under the IFGC, such as for example young farmers.

Michael Pielke closed the webinar by underlining that examples presented during the event, as well as the findings from the study on the financial gaps in the agriculture and agri-food sectors in Spain demonstrate, not only, how financial instruments supported by the EAFRD could help tackle the current financial difficulties, but also how they could encourage banks and private investors to co-invest in the agriculture and agri-food sectors.

file not yet available