The fi-compass series of advisory seminars in Member States included an event in the Netherlands on 27 January 2016.

The seminar aimed to:

The seminar in The Hague featured case studies demonstrating the use of financial instruments; the opportunities offered by the 2014-2020 regulatory framework; the advisory products issued by fi-compass to support the design and set-up of financial instruments. In addition, stakeholders were able to participate in two hands-on oriented workshops. 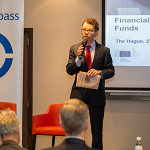 On 27 January 2016, financial instruments delivering ESI Funds were discussed at a seminar in The Hague, the Netherlands. The seminar was well-attended and forms part of a series of national seminars that will have been conducted in almost all EU Member States by mid-April 2016.

More than 60 people participated in the seminar in The Hague, including representatives from managing authorities and audit authorities, as well as from the banking and consultancy sectors. 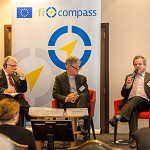 The opening speech was given by Norbert van den Hove, Deputy Director Entrepreneurship, Directorate-General for Enterprise and Innovation, Enterprise Department, the Netherlands. Following the opening speech, lessons learned by the ERDF West Netherlands from the 2007-2013 programme and plans for the 2014-2020 period were presented. Furthermore, participants had the opportunity to learn more about financial instruments for agriculture and rural development in addition to the London Energy Efficiency Fund.

The European Commission’s Directorate-General for Regional and Urban Policy presented the key novelties and official guidance concerning ESIF financial instruments and opportunities offered by the 2014-2020 framework. This was complemented by a presentation from the European Investment Bank about fi-compass advisory support. 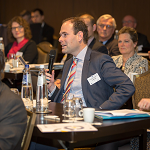 Two parallel workshops during the seminar in the Netherlands focused on hands-on work following the life cycle of financial instruments with particular emphasis on the design phase. The participants actively discussed possible approaches and their own practical experience with a number of crucial issues regarding designing financial instruments and concerning the market assessment needed for the ex-ante assessment.