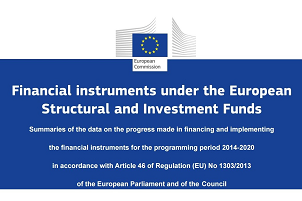 The data reveal significant geographic differences in progress in setting up financial instruments; some Member States have not yet completed ex-ante assessments, whilst in others there are financial instruments that are already on a second round of investment. Examples of success stories are highlighted such as the ex-ante assessment for Sweden, which resulted in the establishment of the Swedish Venture Initiative, an instrument combining ESIF with resources from the European Fund for Strategic Investments (EFSI). The summaries also highlight one of the first financial instruments that have become operational in the 2014-2020 period, the Lithuanian housing renovation fund, which was presented at the first thematic fi-compass event on energy efficiency in Vienna in October 2016.

You can download the publication including its detailed data-set per ESI Fund from the European Commission website.