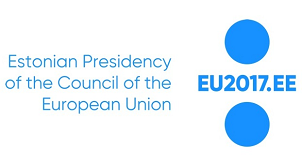 Estonia holds the presidency of the Council of the European Union from July to December during 2017 and fi-compass has been speaking to some of the key actors involved with Estonian financial instruments to find out more about their perspectives. Estonia is one of the first Member States to have fully functional financial instruments contributing to all three of the objectives of EU policies for regional development, agriculture, and fisheries.

Monika Kont from the Estonian Ministry of Finance is aware of her country's positive experiences with financial instruments and she highlights some of the results achieved during the 2007-2013 programming period. "From our point of view, the added value of financial instruments is most obvious through a revolving effect and as a multiplier. For instance, our Cohesion Policy financial instruments, which were implemented by Foundation Kredex in the previous programming period, guaranteed loans totalling EUR 21.4 million, which helped small and medium -sized enterprises (SMEs) to obtain loans of EUR 75.1 million. Additionally there were EUR 9.2 million worth of start-up loans and EUR 9 million in subordinated loans - this all resulted in 662 contracts signed." Outcomes from these types of financial instrument investments helped to contribute to improved competitiveness among the country's SMEs.

For the 2014-2020 programming period, Estonia is using the European Structural and Investment Funds (ESI Funds) for financial instruments that will further benefit SMEs. "In addition to so called old schemes that were launched in period 2007-2013 and continued in 2014-2020 a new financial instrument called EstFund was established in March 2016" says Ms Kont. This fund of funds is foreseen for investments in multiple risk capital funds (Venture Capital Fund, Expansion Capital Fund and Business Angels Co-Investment Fund), and is further boosted by the European Fund for Strategic Investments (EFSI).

Estonia was the first Member State to launch a financial instrument under the 2014-2020 European Agricultural Fund for Rural Development (EAFRD) in order to provide loans for farm investments. In describing the advantages of the financial instrument, Marko Gorban, Deputy Secretary General for Agricultural and Rural Life Policies, Ministry of Rural Affairs, Estonian Presidency of the Council of the European Union, said: “The financial instrument allows us to reach out to more enterprises in need of finance. Conditions regarding the collateral, interest rate and the repayment period can be considered as a policy tool to reach specific target groups or target specific investments. With limited resources, this financial instrument allows more projects to be implemented. Because funds are revolving, we will also have resources in the future to support agricultural enterprises and projects with similar objectives.”

Just over EUR 32 million have been allocated to this EAFRD financial instrument, which is implemented by the Estonian Rural Development Foundation, a state-owned financial intermediary, in cooperation with credit unions. Madis Reinup is a Member of the Rural Development Foundation's Board and his financial instruments' experience also takes in the European Maritime and Fisheries Fund (EMFF). In speaking with us Mr Reinup believes that: "financial instruments are easier to use for entrepreneurs. As a matter of fact, the main advantage is that they are much more flexible, there is less bureaucracy, and in the long term your investment is more efficient because you have to think through your business investment, as you have to pay it back. That is the main difference compared with grants and that is a very important aspect in the long term."

Businesses that benefit from Estonia's financial instruments do so thanks to the careful planning that the ESI Funds' managing authorities undertook. Monika Kont and Helin Tamm from Foundation Kredex draw attention to this point stating: "The ex-ante assessment plays a vital part and therefore it is crucial to have it before designing the scheme(s) so that they also correspond to the market needs - in terms of, for example, lack of finance for new ventures, or lack of guarantees and securities."

"On the other hand it is important to take into consideration that market failures are in constant change and therefore the ex-ante assessment should be a document that is easily adaptable to the constant changes of the financial market."