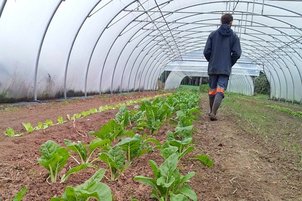 Nouvelle-Aquitaine has a new ESIF financial instrument that was launched in November 2018 named Alter’NA (Alternative en Nouvelle-Aquitaine). Alter’NA, which is managed by the European Investment Fund (EIF) on behalf of the managing authority, aims to help 1 500 farmers and agri-businesses to access credit financing at better terms, like discounted interest rates and reduced collateral requirements.

Alter’NA is expected to generate around EUR180 million of loans over three years in support of farmers and agri-businesses. This financial instrument is a portfolio loan guarantee where the risks will be shared between the selected banks and the managing authority. The public contribution to Alter’NA is EUR30 million (EUR14 million from the European Agricultural Fund for Rural Development (EAFRD) and EUR16 million from the Nouvelle-Aquitaine region) and may be complemented by an additional EUR6 million investment backed by the European Fund for Strategic Investments (EFSI). These public funds will be leveraged by the selected banks using their own resources to mobilise a total investment of up to EUR180 million.

This investment is intended to address market gaps to support key objectives including the transition of farms towards organic agriculture, the creation of eco-greenhouses growing of fruit and vegetables, the development of short supply chains and added value measures such as on-site food processing and certified organic products. "It is a multiplier effect that we are looking for, not a substitution effect," stated Mr Rousset, President of the Region, during the official launch of Alter’NA. 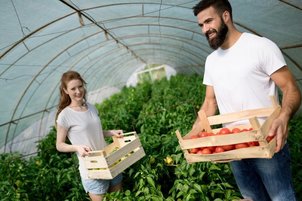 Advisory support from the fi-compass team was involved in the decision and implementation phases of Alter’NA at the early stage of the development of the initiative. In order to develop the capacity of the managing authority to work with financial instruments, the fi-compass team initially delivered Targeted Coaching support on financial instruments for the managing authority staff in Nouvelle-Aquitaine. This was followed by the delivery of a feasibility study by EIB advisory that identified the financing needs of farmers in the region and set out the preliminary design of a dedicated financial instrument to meet those needs.

Since the feasibility study had also identified certain non-financial barriers to accessing financing, the same advisory team has since provided further support under the European Investment Advisory Hub (EIAH) to establish a dedicated web tool. The new tool aims to create awareness of the financial instrument/investment platform and streamline the loan application process for final recipients (such as check for instance if their investment projects are eligible for financing).

How will it work?

In June this year, the first loans will be granted and made public during the Agriculture Show in Nouvelle Aquitaine, in presence of Alain Rousset, President of the region. A communication campaign is also planned by the end of the year to inform farmers and agri businesses of the existence of Alter’NA and its dedicated website. The Alter’NA initiative will be supported on the ground by the key stakeholders of the agricultural sector which will benefit from a specific training delivered by EIB and EIF team in order to stimulate the origination of Alter’NA eligible projects.